Culture according to leftists: provocateurs abuse Janez Janša’s name, and political godfathers finance it all with taxpayers’ money 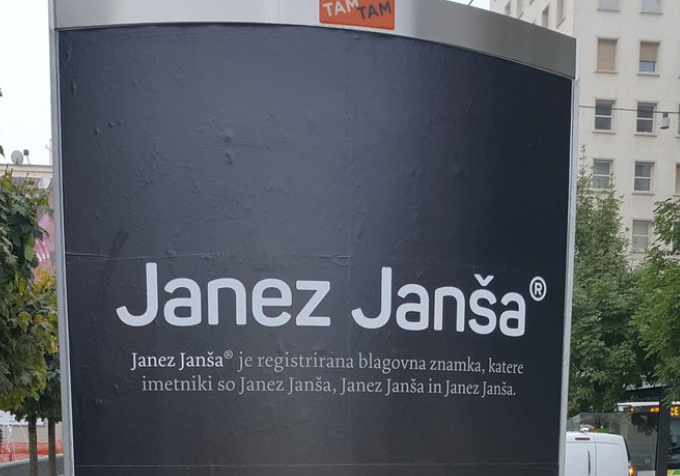 It has lately been possible to see black posters on large advertising boards in different parts of Ljubljana. The posters say, in large letters: Janez Janša®. Under one of the most well-known Slovenian names, it says, in smaller letters: Janez Janša® is a registered trademark owned by Janez Janša, Janez Janša, and Janez Janša. An advertisement that is rather hard to understand. Nonetheless – in 2007, three Slovenian artists joined the Slovenian Democratic Party (SDS) and officially changed their names to that of Janez Janša, the prime minister of Slovenia at the time and, as they called him themselves, “party champion”. Now they are preparing an exhibition, while taking millions from the Slovenian state for their provocation. “These are criminals who’ve received money stolen from increasingly poor Slovenians,” wrote an outraged Twitter user. Even worse are their political godfathers, who are allocating millions of euro to them for provocations that have nothing to do with culture.

Now, ten years later, they are organising an anthological exhibition that provides an overview of recent Slovenian history and of identity in an age of biopolitics, and they are announcing the name of Janez Janša as a trademark for the next ten years. What are they trying to do with this name? The Museum of Modern Art and Aksioma – Institute for Contemporary Art Ljubljana are also collaborating in the project. They present works produced by Janez Janša, Janez Janša, and Janez Janša. The latter say that they changed their names without any artistic or political intentions, but of course this act was nevertheless accompanied by political and artistic consequences. Some perceive this as an act of political affiliation, resistance, or provocation, others as an artistic performance.

On Wednesday, we will witness the opening of a new exhibition organised by three artistic activists: Janez Janša, Janez Janša, and Janez Janša. The title of the exhibition is of course Janez Janša. It will last until 18 February 2018. There will also be guided tours with the curator, and people will be able to view it at the Museum of Contemporary Art Metelkova. The change of name was a legal procedure, and they also acquired new ID cards, passports, birth and marriage certificates, and so on. It will apparently be possible to see all of this as part of the exhibition along with exhibited open letters, articles, interviews, and other documentary material that is presented as artwork.

Documentary “My Name is Janez Janša” already caused stir in 2012
“My Name is Janez Janša” is a documentary on names and renamings. It was released to the Slovenian public in 2012 and caused a considerable stir. It focuses on an unusual name change, with three multimedia artists officially becoming Janez Janša. They faced a lot of criticism, and the responses to the film were mixed. Many believed that the film is secretly a ploy to get rid of the “real” Janez Janša peacefully and without violence. And yet, this is not a discrediting but a glorification of Janša. By plaguing people with his name and his slogan “The more of us there are, the faster we will reach our goal”, which was allegedly also the reason for changing their names. The artists are constantly on the slippery slope of provocation.

You can watch the full film here.

Watching the above film, we are surprised by the presence of Miro Cerar, who said for the documentary: “A personal name is one’s label, it’s one’s title, differentiating one from others and thus identifying him or her. As such, the personal name is recognised by the law as a right. But at the same time it’s a duty. Citizens are also bound to use it in legal transactions.” Cerar’s words are surprising due to the fact that he does not condemn the action of the artists. After all, he says that a name is a label that differentiates us from others and identifies us. In some countries, changing one’s name into an already well-known name (particularly a politician) is prohibited, which is also pointed out in the aforementioned documentary. The art world has also expressed its indignation over it, but the artists are doing what they want.

“Pseudo-artistic rabble” bluff more than create but receive millions for their work: money is primarily granted by ministries and RTV Slovenia
At the same time, they receive handsome sums from the state. The “pseudo-artistic rabble”, as many people have called them, receive millions of euro by creating within the Maska institute, though they bluff more than create. Maska is an institute for publishing, culture, and production, and they are supposed to operate under its auspices. But when we take a closer look, we discover that they operate with decent sums of state money. At the moment, they have almost four million at their disposal. And then they use this money for such nonsense? They receive most of their funds from the City Municipality of Ljubljana and the Slovenian Ministry of Culture, and they have also received a handsome sum from RTV Slovenia. This is hardly surprising, given the fact that former deputy and minister of culture Majda Širca moved to RTV as well. The money is also being sent by the Slovenian Ministry of Foreign Affairs and Ministry of Finance, which is incomprehensible.

In May 2010, Maska received a total of €177,551.34 for its activities. €125,600 came from the Ministry of Culture, and slightly smaller amounts from numerous libraries, faculties, schools, and theatres. If these were giving them relatively appropriate sums, within some limits, this might be acceptable. But now they are wasting and spending millions. In 2012, they released the aforementioned film, for which they used unimaginable sums. Let us see how much money they have taken from the hard-working hands of Slovenian citizens since then: From the Ministry of Culture, they have received almost €537,000 in the years after the release of the film, which is more than 671 Slovenian monthly minimum wages combined.

What do the political champion and Slovenia say about the nonsense?
The original and well-known Janez Janša commented in 2011 for the first channel of Radio Slovenia that he encountered the three namesakes primarily through the postman, from whom he had received numerous bills and summons to the court, though he had known nothing about the violations of the three artists. Janez Janša, as SDS president, answers: “This wasn’t me. It’s probably one of those phonies that steal names and were financed by Majda Širca.” 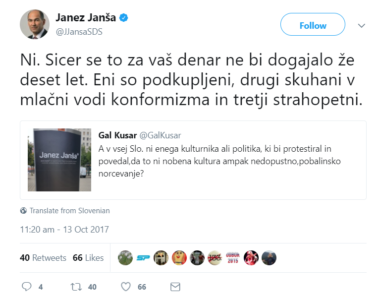 Twitter is full of posts that are scandalised by this “artistic activity”. Many who see the poster do not even know what it is about, and the self-proclaimed artists insincerely convince them about some activity by Janez Janša through their trademark. Acquiring the name of someone else itself should carry severe penalties. Many Slovenians believe that such a vicious act, which is still being supported by the museum, is a crime rather than art. “This is idiotic mockery from good-for-nothings who think they could be artists,” wrote a user of the aforementioned social network. Many others also became involved in the discussion: “Left-wing idiots are allowed to do anything” and “JJ is simply such a great brand that his identity is being taken over by artists with less identity” or “These are modern, well-paid employees of the UDBA humanitarian society”.

Just think if they had chosen to take the name of someone else. Renamed themselves and became three new Miro Cerars. One is already more than enough. What would happen if they were to rename themselves Milan Kučan and register his name as a trademark, receiving millions in the process? The bewildered left would go crazy. 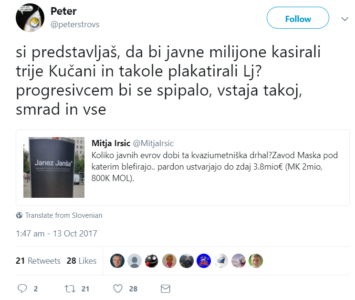 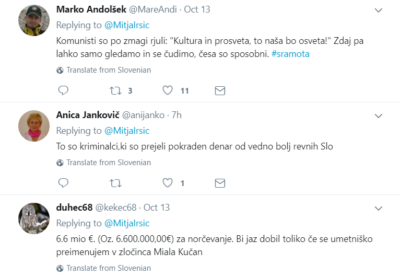 The three activists have already created many misunderstandings, forcing Janša to defend himself though he knew nothing about it
The media are keeping track of their activity, and misunderstandings have been occurring for years. There have been controversies when it came to reporting about Janez Janša since everyone immediately thinks of the great leader. A while ago, we could read the headline “Janša dances in Berlin”. But this was not this Janša. Do you remember reports about Janez Janša in Vienna? The people of Vienna were impressed by his work, and Janez Janša and Janez Janša helped him with the project. There were even reports about Janša being arrested in Croatia. At the time, police officers questioned him for destroying a Croatian symbol. He had cut up the Croatian flag and ended up at a hearing where he could have been sentenced to up to three years in prison. Or when there were voices and screams in the middle of the night in Berlin: “My name is Janez Janša, my name is Janez Janša!” Of course, these were not the words of the former prime minister of Slovenia. They were part of the performance of three Janez Janšas, who despite a ban on performing at the Transmediale festival in Berlin did just that. 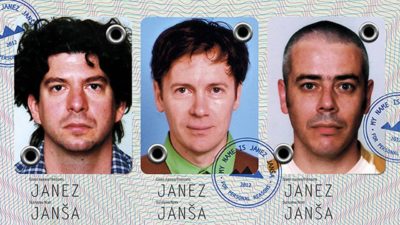 Museum would buy Janša’s ID card, but state does not permit it
Already in 2010, the Museum of Modern Art addressed a letter to the Ljubljana administrative unit, asking as a Slovenian national museum for modern and contemporary art whether it can buy the personal documents of the three artists. They answered that an identity card is a public document with which a citizen proves his identity and citizenship, but it cannot be given or lent to another person. When the gallery asked the Slovenian Ministry of the Interior for it, they received the same answer. The ministry wrote that it is an offence to contravene this and that the offence carries a fine. But the Museum of Modern Art is not giving up. They emphasise that the document is not just an official document but also plays an artistic role. That is why they turned to the Ministry of Culture, reports Siol. The ministry consulted with the Ministry of Interior and decided that even though they understand the wishes of the museum, they cannot simply buy official documents.

In 2007, the three provocateurs also sent Janez Janša a letter. 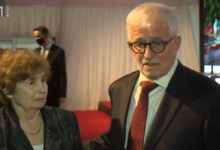 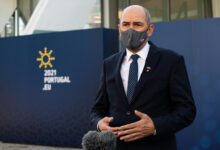 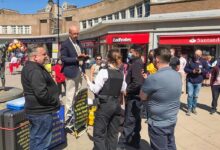 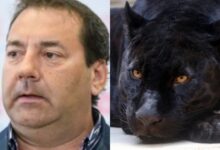