Public opinion poll: Janez Janša is by far the most suitable Prime Minister; more and more people are in favour of the current coalition

The Parsifal agency conducted a public opinion poll for Nova24TV. The poll was conducted during the time period from September 14th to September 17th. A total of 701 questionnaires were completed. In the poll, we were particularly interested in finding out more about the following topics: the best option for Slovenia, the most suitable candidate for the position of the Prime Minister, support for the protests against the government, the need to invest in the Slovenian Army, and support for the Demographic Fund. The results show that the majority of the respondents support the current government, Janez Janša, and the SDS party, despite severe pressure from the mainstream media, ministerial interpellations, and inciting demonstrations on Fridays, and fewer and fewer people are in favour of early elections. At the same time, most of the respondents believe that investments in the Slovenian Army are necessary, and a Demographic Fund is also necessary.

In the following article, we will first touch on which option would be the best for Slovenia. 45.5 percent of the respondents think that the current government coalition should persist until the next regular parliamentary elections.

We also wanted to know how many of the respondents support the anti-government protests, and it was found that more than half of the respondents (57.7 percent) do not support the anti-government protests, 38.8 percent support them, and 3.6 percent did choose a side in this particular issue. At the same time, there is a noticeable trend of fewer and fewer people supporting the protests, if we compare the data from this month with the data for August and July.

In the following questions, we also touched on the issue of the future of the Slovenian Armed Forces. The majority of the respondents are convinced that investments in the Army are necessary (51.3 percent), 44.4 percent are convinced that they are not necessary, and 4.3 percent remain undecided.

It is well-known that the government is setting up a Demographic Fund, to which it intends to transfer all state-owned enterprises, in order to provide funding for the pensions. The majority of the respondents supported this idea –namely, 68.9 percent. 20.5 percent were against it, and 10.5 percent did not know how to answer. 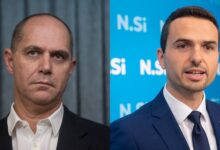 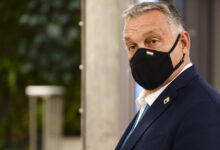