The left brings Slovenia closer to Islam with each passing day. Slowly but surely. It is not enough that they accept illegal immigrants from Muslim countries with open arms, even though they refuse to integrate into Slovenian society, now they want to teach Slovenian children about Islam. Should Slovenians learn to adapt to them? This has also been confirmed in a recent programme by the national broadcaster RTV SLO. Slovenian children, who live in a Christian country, are forced to learn about Islam, while Christianity has long since been removed from their programmes unless it is truly necessary. It is simply bizarre that two children on television had to bow and learn to pray to Allah.

The Muslim woman on the programme met two Slovenian children with questions that had obviously been prepared in advance and taught to them. For example, they asked her what Islam was. She started explaining that they “believe in a single God, that he was not born, that he always was and always will be”. She also started moralising that their god Allah sees and hears everything: “We always have to keep this in mind, because we’re better people then.”

Unacceptable abuse of Slovenian children
Does he also see and hear the terrorists that kill and blow up innocent people in his name? Muslims are convinced that he does, which is why he promises them a reward – heaven. And this is what leftists force on Slovenian children. Do the girl and boy from the programme know any story from the Bible, the meaning of Easter, or where Jesus was born and died? Well, it seems to be more important that the two children now know that Muslim prayer consists of different movements, that during prayer men stand first and after them women, that they do not eat pork, that the Koran is a holy book with 6,236 Ayats and that it is read from right to left. Leftists are so against the church that if teachers in school taught about religion and Christianity all members of the media would be up in arms about it, but public teaching about a foreign religion that brings unrest, riots and a completely different way of life is accepted with open arms and blended with Slovenian culture. 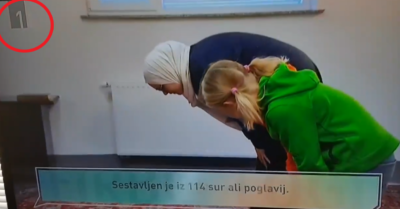 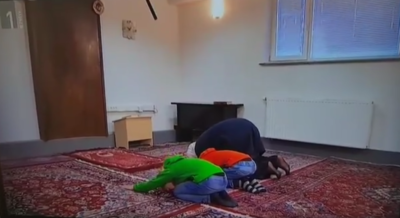 Contributions for RTV pay for the collapse of Slovenia
The programme sparked a wave of indignation, and most people still cannot understand why they are forced to pay a contribution for RTV. “When will a law abolish the involuntary RTV contribution”, “all Slovenians need to stop paying the RTV subscription immediately”, “we pay so that they can force on us what isn’t ours, horrible”, “RTV contribution must be abolished forever” – are only some of the many responses. Others are appalled by leftists, “if children were shown a church, leftists would be up in arms”, “unbelievable what they brainwash children with”, “migrants must be shown and taught how to pray in our church”. Can you imagine that something like this would happen in one of the Muslim countries? That a national broadcaster would show people teaching how to pray to the Christian God? Probably not, because this would never happen. But Slovenians are “liberal”, “progressive” and “accept everyone”, even though it will be their undoing. 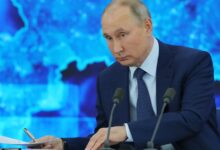 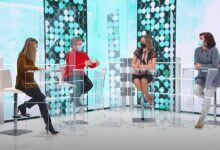 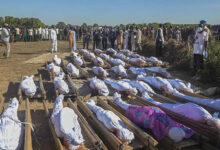 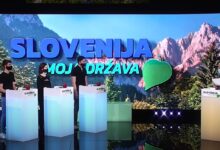 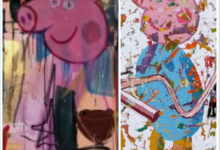 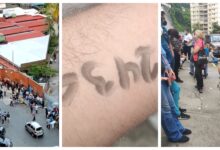 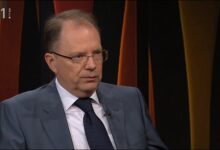