On 11 September 2017 in Strasbourg, members of the European parliament appointed the members of a special committee that will address practical and legislative shortcomings in the fight against terrorism in the EU. The head of the Slovenian delegation in the European People’s party in the European parliament, Dr Milan Zver, has become a full member of this committee. “Terrorism is a European-wide problem. We must respond to it with a single voice,” stresses Dr Milan Zver.

“In the past we’ve had many problems with the exchange of information between EU member states. We cannot allow this to happen in the future. When it comes to human lives, cooperation, good cooperation between relevant institutions, must be more than just a necessity, it must be a matter of course,” said Dr Milan Zver and continued: “That’s why we must take another step forward in the fight against terrorism. In addition to close cooperation, it’s essential that EU countries are uniform in their responses. Terrorism is a European-wide problem. We must respond to it with a single voice, perhaps establish some new common structure, not just in a military sense but also with regards to security and intelligence.”

EU announces fierce fight against terrorism
The founding of the committee is primarily aimed at improving the cooperation and exchange of all essential information between EU member states. According to Europol, 142 people died in terrorist attacks last year, and 379 people were injured. One of the key tasks of the committee will therefore also be to assess the extent of terrorist threats on European soil and at the same time examine the shortcomings that prevent EU member states from fighting terrorism with greater efficiency.

On the basis of information from competent authorities and other experts, the committee is supposed to impartially examine, analyse, and assess the extent of the terrorist threat on the European territory as well as potential mistakes and irregularities that might have led to the recent terrorist attacks in various EU member states. The committee’s priorities will include examining counter-terrorism measures, identifying shortcomings in cross-border cooperation and the exchange of information, and monitoring the impact that implementing the legislation has on fundamental rights.

Members of the committee will also analyse: 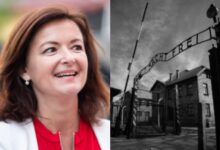 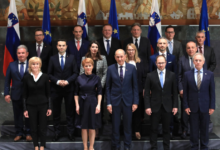 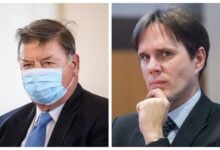