Janez Janša in front of his members in Bovec: SDS is the only political force that can change things for the better 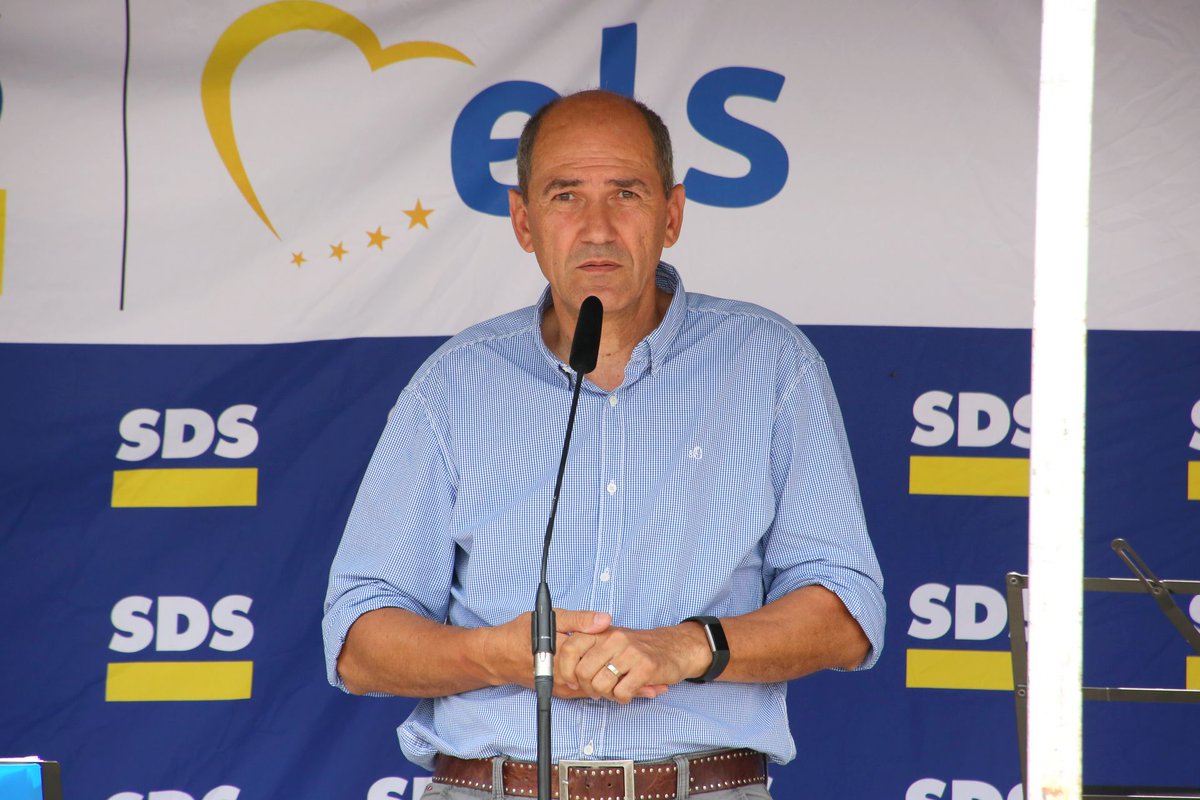 “Today, SDS is the only political force in Slovenia that can change things for the better,” the president of the Slovenian Democratic Party (SDS) said in Bovec and added: “Anyone who cares about what is happening and is ready to become involved, vote, and change things is our ally.”

The traditional meeting in Bovec is also an introduction to the 22nd summer camp of SDS and the Henrik Tuma Mountaineering Club, which will take place between 22 July and 5 August under the slogan “On the path of peace”. The path of peace commemorates the numerous victims of the First World War – from 1915 to 1917 the area of Zgornje Posočje was part of the Isonzo Front. 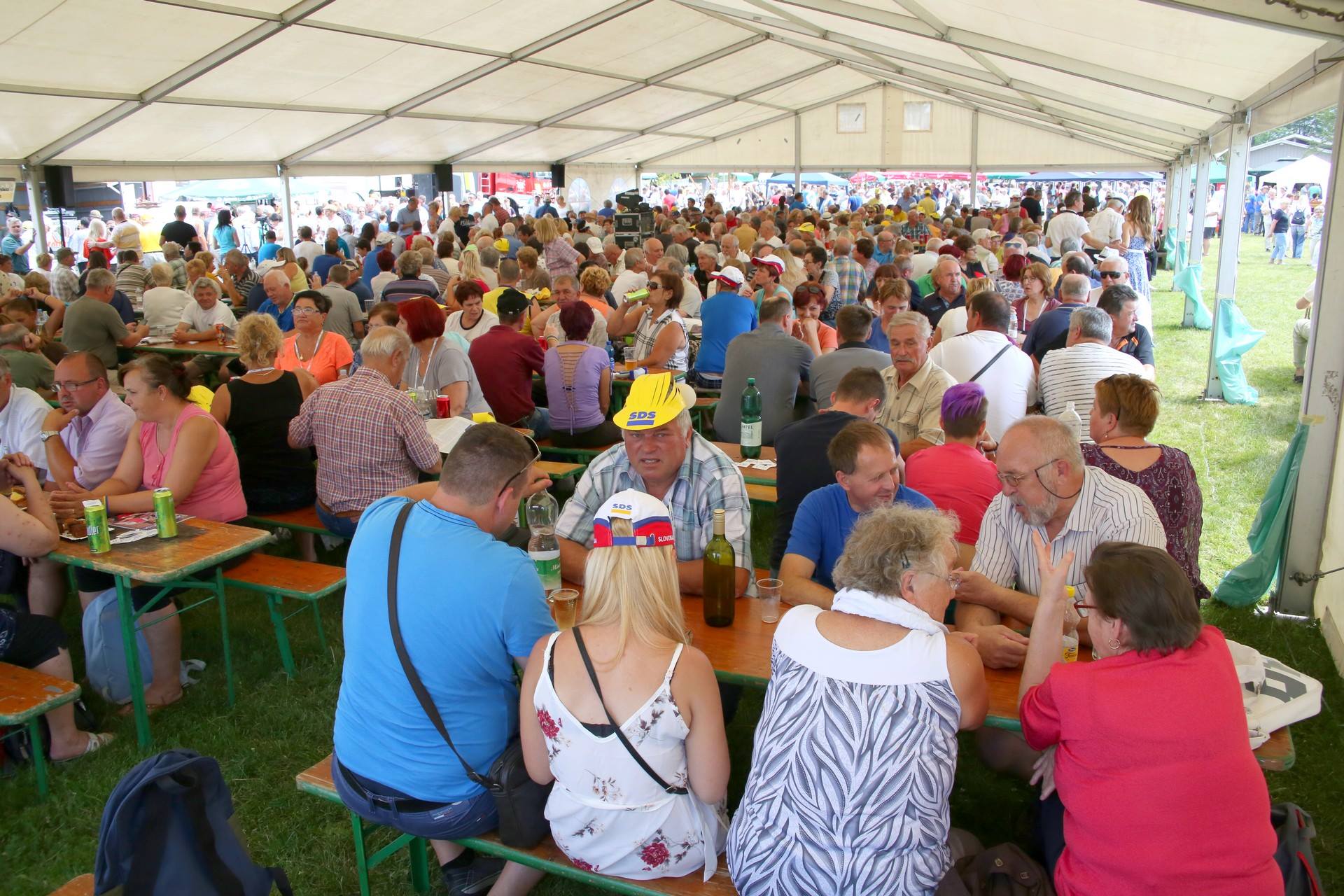 By laundering money they were able to buy the last election
The keynote address at the meeting was given by SDS president Janez Janša. In his introduction, he thanked those gathered for turning up in such numbers, and he also thanked members of the municipal committee of SDS in Bovec for organising the event and the Bovec firefighters for preparing a warm meal. He mentioned many current political topics, starting with the billions of American dollars that had been laundered through the Slovenian state bank NLB: “We knew that our country had been stolen, that for the second time in the life of our generation state banks had been emptied, but we could not have imagined that they were also using this tool in incredibly controversial deals. If you explain this to someone abroad, they do not believe you. In a year and a half, our “comrades” managed to launder a billion dollars of Iranian money for terrorists – funds for the manufacture of nuclear weapons that could endanger world peace – and at the same time they hid about half of that amount in some secret accounts, using the money to buy the last election; if we allow it, they will use it to buy the next election as well.” For comparison, he stated that the Slovenian Democratic Party with all its votes, with councillors in virtually all municipal councils, with a strong team in the European Parliament, the National Assembly of Slovenia, and the National Council of Slovenia, does not even get two millions with the income it receives on the basis of its annual number of votes. “But with this illegal transaction, with a crime of historical proportions, they have earned and hidden away 200 times more. I am telling you this so that we once more become aware of the difficulty of the task awaiting us. Using these controversial deals and illegal money, they have bought and taken control of virtually everything. They built on 50-year old foundations in order to take control and today SDS is the only political force in Slovenia that can change things for the better,” emphasised the SDS president.

The alternative is SDS and a civil society of critical thinkers
“Not only was our government elected in an unfair, stolen election, but half of Slovenian citizens did not even vote because they did not believe in the possibility for change. But there is an alternative. The alternative is the Slovenian Democratic Party and those critical individuals, both our supporters and others, who are aware of what is happening and are also ready to become involved as a civil society, who see that money is being stolen out of our pockets and wallets,” said Janez Janša and also greeted Vili Kovačič among those present. “Anyone who cares about what is happening, whether they are our supporter or not, whether they like us or not, anyone who cares about what is happening and is ready to become involved, vote, and change things is our ally. If you are not against us, you are with us!” was the determined statement of the SDS president. 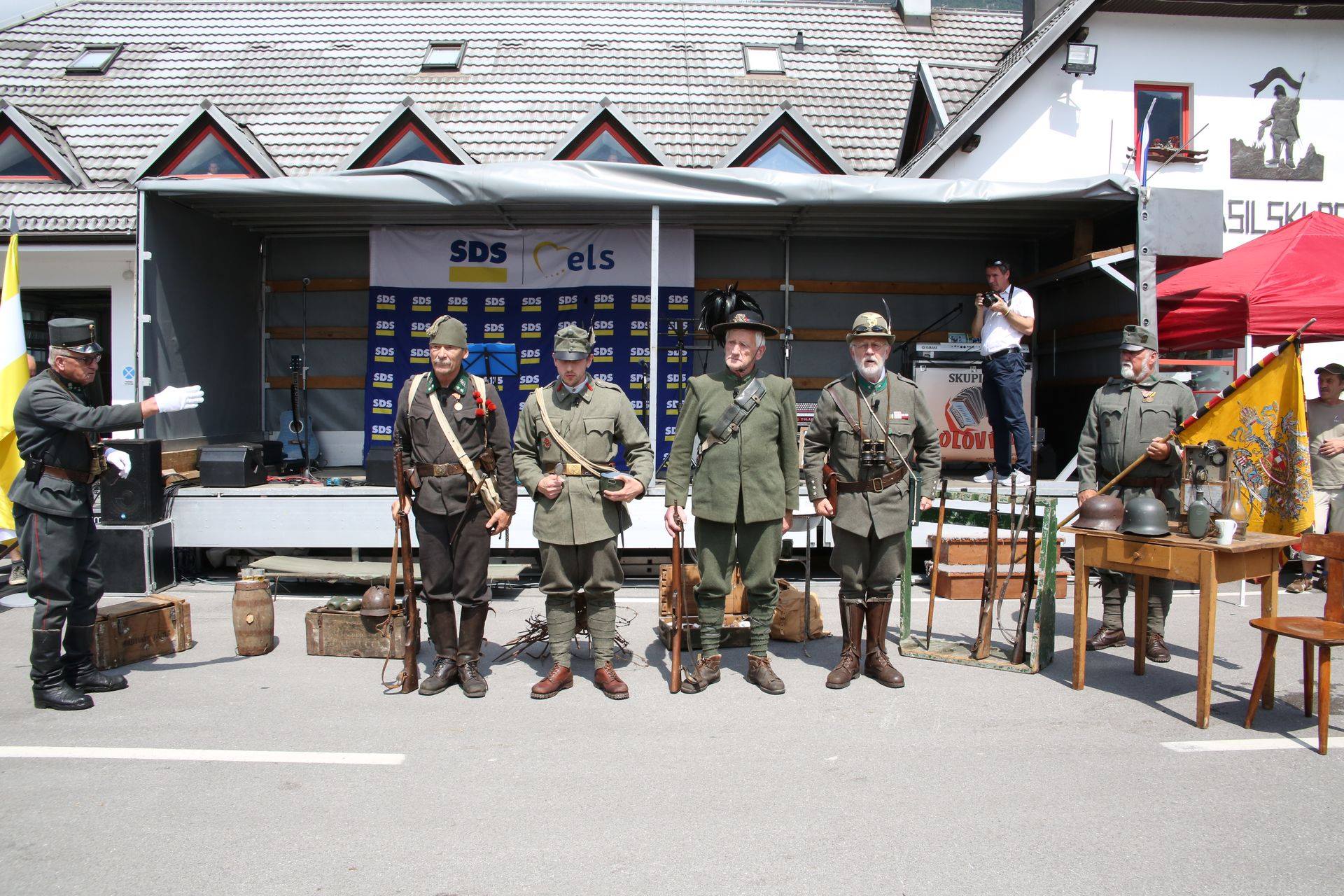 The year that is ahead will hold many electoral challenges for Slovenia. First, there will be a referendum on the government law concerning the second track. “The government is intimately aware that it was elected in an unfair, stolen election, and so they fear all elections. That is why they did not allow a presidential election and a referendum to be held at the same time – even though this would be much cheaper and many more people would participate in the democratic process. But this is not their goal. They only cry that these matters should be combined when they are in opposition,” said the SDS president and explained: “They fear what is a key guarantee for change on the other side – one vote, every single one of them.” 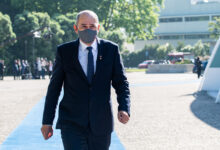 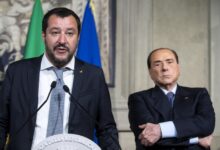