Ministry of Culture against the untruths published in the Neue Zürcher Zeitung! 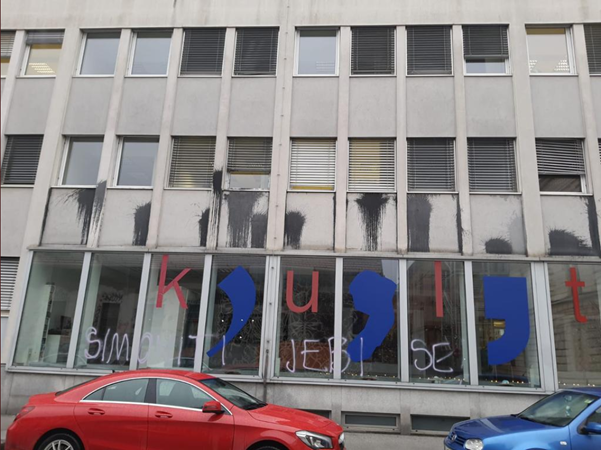 Vandals desecrated the building of the Ministry of Culture once again. This time, instead of whishing Minister Simoniti a “Happy new year,” they wrote, “Simoniti fuck you!” (Photo: Government of the Republic of Slovenia)

The Ministry of Culture of the Republic of Slovenia is issuing a request for a correction of your article published on the website of Neue Zürcher Zeitung on 20. 2. 2021 originally titled “Marschall Twito kämpft gegen Geister des Kommunismus”.

The article contains factual errors which we are pointing out.

“Janša resigned because he was convicted of corruption and had to go to prison in 2012.”

Janez Janša did not resign “because he was convicted and had to go to prison in 2012”, as the article states. He did not resign at all. The parliament held a no-confidence vote, and two of his coalition members decided to leave the coalition, while building a new coalition with other parties in the parliament. He was indeed convicted and sent to prison in 2014 but has since been cleared of all charges.

“There was a purge in cultural institutions. He had six of the seven directors of the state museums replaced by compliant candidates.”

There was no purge. No director of a public cultural instruction has been replaced. New appointments of directors of public institutions such as museums, galleries etc., have only been selected after the previous directors completed their full term of office. The Ministry of Culture was thoroughly committed to following due process and paid utmost attention to rules and regulations that govern appointments of the directors of public institutions. All the new appointments are distinguished international experts in the field, with no history of political engagement. Calling them “compliant” is a huge insult to their reputation.

“Janša fights against the communists who no longer exist. Even at night, for example on Twitter. There he likes to spread conspiracy theories and retweet right-wing extremist statements. That is why he is also called `Marshal Twito´.”

Prime-minister Janša does not spread “right-wing extremist statements”. This is a complete fabrication.

“He himself tries to intimidate the journalists of the public broadcasters who report critically about him with personal attacks. He calls them prostitutes, liars, fake news. That too is reminiscent of Trump.”

The Prime Minister has never intimidated any journalists. He often criticized the press, but he never pushed for editorial authority over them, nor does he have any leverage to do that, even if he wanted to – which he, as an EPP democrat certainly does not. Since the media is predominately connected to the left centers of capital and political power, it goes without saying that the media is heavily biased towards the left. This has been empirically proven by an analysis on media plurality conducted by the Faculty of Media, which concluded that Slovenian media has an overwhelming left-wing bias. This will not change even if the Prime Minister sometimes criticizes certain publications as a private citizen on his private twitter account. There has hardly been an EU leader who never criticized members of the free press. Criticism however does not mean, that the country is heading the same direction as Putin’s Russia.

Allow us to state some facts. During the tenure of prime minister Janša: 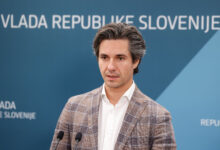 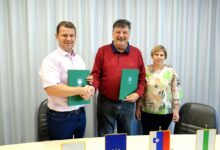 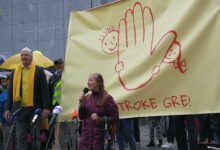 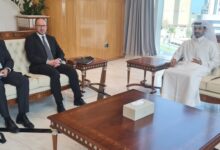 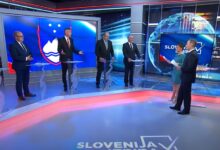 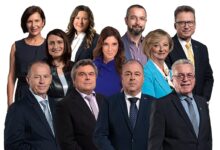 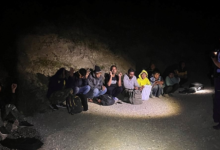 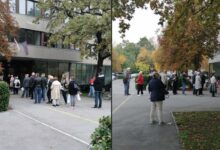 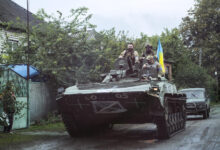 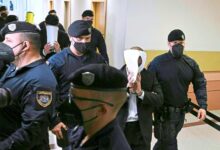 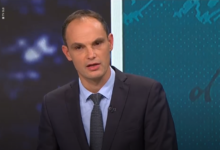