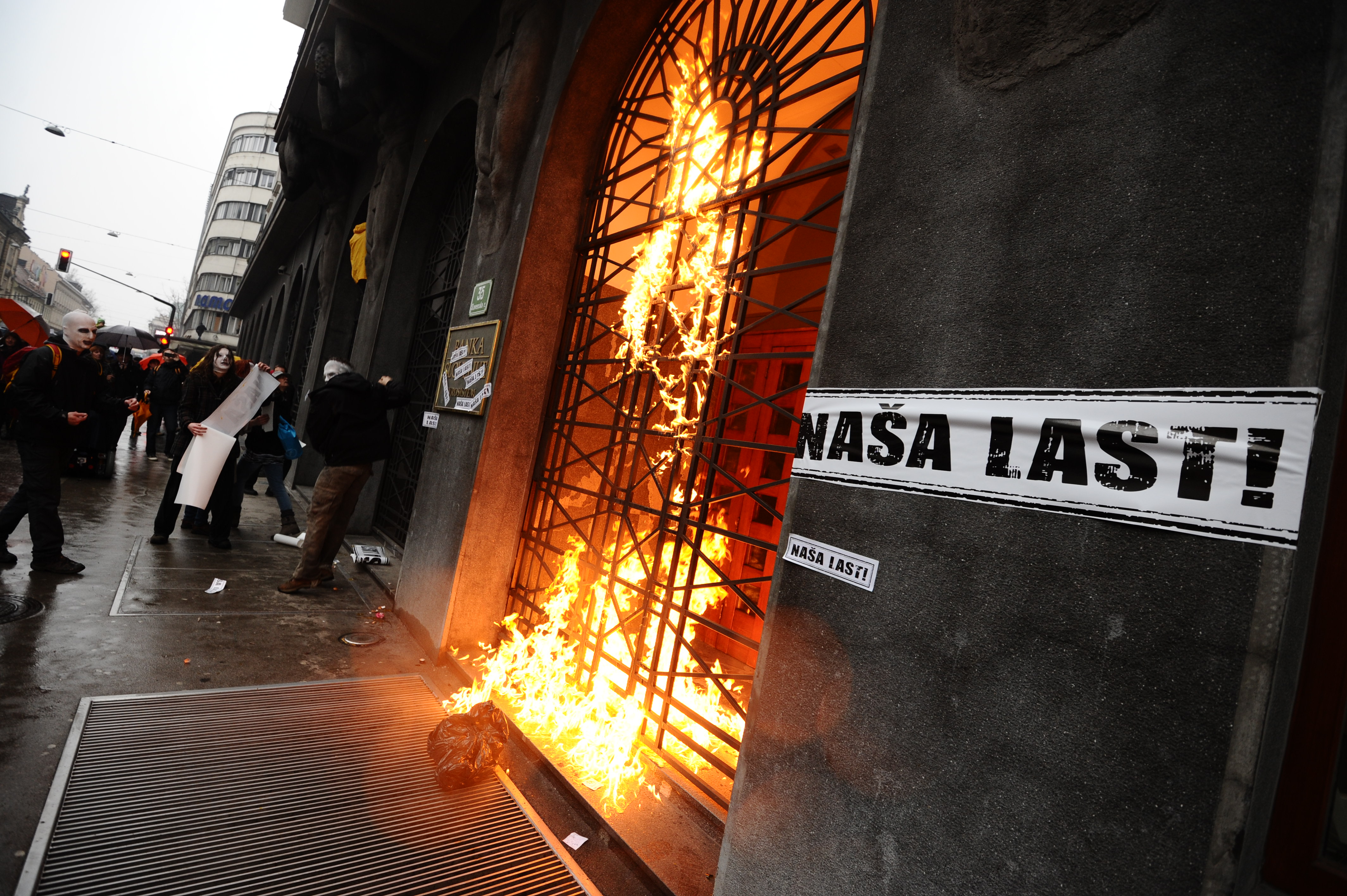 Last week, our media outlet reported that Slovenians Tanja Fajon and Ivo Vajgl were also on the official bulletin of the Soros Open Society Foundation, as allies of the American financial speculator in the European Parliament, and now, the hacker group DCLeaks has presented new data confirming this, and the names of some other Slovenians, namely Danilo Türk, Samuel Žbogar and Neli Dimc, and even the former Croatian Minister of Foreign Affairs, Vesna Pusić, also appear in the documents. Those mentioned above cooperated with the Open Society Foundation in one way or another and were the indirect recipients of various financial donations. New DCLeaks documents even reveal how Soros recruited Slovenian students to study abroad, especially those from the Faculty of Social Sciences, which is closely connected with the Open Society Institute Slovenia. The fact that George Soros does not choose means in achieving his political goals has been proven by the shocking data, revealing that the Peace Institute, which Soros has been financing for more than a decade, organized the Slovenian uprisings of 2013, and helped overthrow the government of Janez Janša.

The activist hacker group DCLeaks has released a large number of documents, including those with information about the “secret fund” that George Soros is using to fund his Open Society Foundation. Among the published documents, we can find a list of Spanish journalists and activists who are claimed to be “pro-Russian” and who supposedly help “create the pro-Russian thinking on Twitter.” The list was compiled by two Spanish journalists, Nicolas de Pedro and Marta Ter. In the document, individual journalists are divided into several categories. In the highest category are the journalists who threaten Soros’ political ideas the most and criticize him.

It is not entirely clear if such lists also exist for Slovenia, but given Soros’ close ties with the former President of the Republic Milan Kučan, from whom he received a state decoration in 2002, this seems likely. At that time, Soros’ decoration was also supported in the Kibla multimedia center, the Bled Business School, Slovenian philanthropy, and the Legal-Information Centre for Non-governmental Organizations. This is not surprising, of course, as in turn, all of the mentioned institutions received financial grants.

The Open Society Foundation invites students from the Faculty of Social Sciences to study in the United States
The Soros Foundation and the Open Society Institute have also funded many other organizations in Slovenia, such as certain student clubs, Amnesty International Slovenia, All Different – All Equal, the KROG Institute, the Roma Association of Slovenia, Spletno oko, the Youth Council of Slovenia, the Pride Parade Association, Digital Media Lab (Ljudmila), the Ljubljana Centre for the Liberal Arts, Media Watch, and also the Open Society Institute Slovenia, whose representative Neli Dimc was already employed in Soros’ organization as early as 1999, and publicly available information shows that she was hired at the Faculty of Social Sciences in 2014, by the office for international cooperation. Dimc remains the contact person for the Open Society Institute Slovenia, which offers one- and multi-year scholarships for undergraduate studies in the USA, for various social fields.

The Russians withdrew their support for Danilo Türk for the role of UN Secretary-General because of his ties to Soros
Hackers from the aforementioned DCLeaks group also revealed some interesting connections between George Soros and the former President of the Republic of Slovenia, Danilo Türk. Namely, Türk is Slovenia’s representative in the European Council on Foreign Relations (Samuel Žbogar and Tanja Fajon are also members), which was established in 2007 with the start-up capital of the Open Society Foundation. In 2013, Türk gave a speech in Istanbul, where he publicly stated that George Soros should be a role model for every humanitarian worker, fighting for human rights. Our unofficial sources claim that due to close ties with Soros, Türk was not invited to the dinner with Vladimir Putin in July 2016, which was then followed by the ceremony at the Russian Chapel. Namely, since 2015, the operating of all Soros foundations in Russia has been banned.

Danilo Türk also had some problems with lobbying in Russia, for the position of UN Secretary-General, so the structures of the controversial American financial speculator also lobbied for the former Deputy Prime Minister of Croatia, Vesna Pusić. In the end, Antonio Guteress was elected for this prestigious position.

In the coming days, Nova24TV will reveal more information about the content of the documents, obtained by the hacker group DCLeaks.