Slovenian physicist illustrates why it is necessary to react preventively in the case of the exponential growth of infections – otherwise, it might be too late!

“What would you choose, if someone offered you either one million euros, or thirty consecutive days of remittances, which would start with a single cent and then double every day?” asks physicist and philosopher Sašo Dolenc. The example of this choice perfectly explains why we have experienced enormous expansive growth of COVID-19 infections in Slovenia and elsewhere in Europe. Dolenc also answers the question of why many of us do not know anyone infected with COVID-19 and why prevention is necessary. “Exponential growth occurs very quickly, so it must be prevented in advance. Once it happens, it is extremely difficult to do anything about it,” explains Sašo Dolenc.

A front of couch experts for COVID-19 from the media, such as Marko Potrč, Tanja Ribič, editor-in-chief of Finance newspaper Simona Toplak, and many others, has been established in Slovenia. It is unfortunate that Potrč’s incitement was publicly supported by microbiologist Miha Avberšek and the proud successors of the League of Communists of Slovenia – the Social Democrats (Socialni demokrati – SD), with a call to abolish the wearing of masks in Slovenian educational institutions.

What we recommend to all of them is to read the thesis on the choice between a one-time transfer of one million euros, or thirty consecutive days of transfers, which would start with one cent and double every day – the simple example presented by the philosopher, physicist and publicist of several scientific works, Sašo Dolenc. The difference is obvious. In the first case, you would earn one million euros in total, while in the second case, you would get more than ten million euros after thirty days. But the main part of the large sum of money would be earned in the last ten days when profits start to increase enormously. A similar thing happened with the enormous growth in the number of COVID-19 infections during the second wave of the epidemic, as Dolenc explains it. As he points out, we are witnessing an exponential growth scheme. Similar to what is shown on a graph of exponential growth, if each infected person passed the infection on to two more people, “the number of cases would grow along the same curve.”

In the past, we presented models which showed that up to 70,000 Slovenes could have died in the first wave, had the government not taken any action
In the past, at the outbreak of the first wave, our media outlet presented many different simulations about what would happen if Slovenia and other European countries did not send the majority of their population to quarantine. Being quarantined meant that movement contacts between the population were limited. However, it was contacts between individuals that were and are the biggest causes of spreading the COVID-19 infection. Remember, Žiga Zaplotnik said that if we had not had any measures in Slovenia, we could have had up to 70,000 dead.

“Had Slovenia followed the Swedish “model,” which the editor glorifies over and over again, and if we assume directly proportional results (at a population ratio of 1: 4.93), Slovenia would currently have 1,190 deaths, of which 130 would be in the age group under 70 years, 48 under 60, 15 under 50, and six under 40. Because the population density in our country is more than four times that of Sweden, it would most likely be even worse,” Tadej Kotnik, a former columnist for the newspaper Finance and full-time professor at the Faculty of Electrical Engineering in Ljubljana, wrote on September 18th, 2020.

Sašo Dolenc warns: once exponential growth occurs, it is extremely difficult to do anything about it
In addition to all these theses, Sašo Dolenc raises an interesting question as to why most Slovenians do not know anyone who is infected, even though we reach a record number of newly infected people every day. For his explanation, he once again refers to the model of money transfers and explains that our situation is similar to the second case, so the thirty consecutive days of remittances doubling each day. Judging by the curve of a graph of exponential growth, you can see that an exponential increase in profits of up to ten million euros happens in the last ten days.

Physicist Sašo Dolenc points out the functioning of our brains, which are not often confronted with exponential growth: “We have no feeling or intuition for such sequences. With exponential growth, dramatic changes occur very quickly, so they must be prevented in advance. Once they happen, it is extremely difficult to do anything about it,” Dolenc explains.

However, it is possible that the celebrities, who mostly care about the amount of the fee they receive, will finally understand what the problem is – the situation in Slovenia, regarding the coronavirus epidemic, is very serious. Dolenc’s case clarifies why we should follow the advice of the leading health experts regarding the wearing of masks and other protective measures. 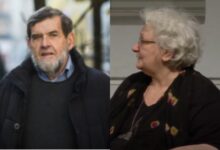 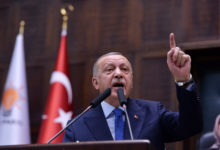 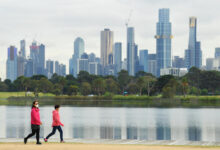 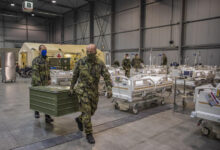