Even though Zoran Janković keeps claiming that the case concerning bribery in deals with a public utility company from Ljubljana and an abuse of office during his affair with a pharmacist does not bother him in the least, he nevertheless seems to fear the secret police recordings leaking to the public. Let us recall. A few days ago, Janković publicly boasted that he had won another judicial battle since the court had been forced to exclude the secretly obtained police recordings because the state prosecutor Blanka Žgajnar had failed to perform her job and present an indictment against him in time. Požareport now warns that Janković intends to label any police recordings that nevertheless leak to the public as fabricated or fake. This is what he indirectly admitted in his response to recent statements by minister of justice Goran Klemenčič.

Bojan Požar writes that the police recordings are so incriminating that they could be devastating for the political career of the Ljubljana mayor and president of Positive Slovenia, who allegedly again harbours silent ambitions of becoming prime minister of Slovenia.

Prosecutor Žgajnar will supposedly soon progress to the position of supreme public prosecutor. However, malicious tongues say that this is a reward for her good work in the Janković case since she ensured the exclusion of evidence. At Nova24TV we have already reported that many lawyers do not believe this was an independent act of the prosecutor, who was once considered an exemplary and conscientious lawyer, but that she acts at the direction of higher instances.

Opinion polls: Janković no longer has any chance of winning
Based on unnamed sources, Bojan Požar predicts that Janković has already decided to participate in the next parliamentary election no matter what – his party, Positive Slovenia, is already preparing for spring 2018. Janković seems to be aware of the fact that he can no longer win in the election. Internal public opinion polls, conducted for him by Ninamedia, allegedly indicate an excellent result in some parts of Ljubljana but a disastrous one outside the capital – except in Velenje and Jesenice – so that he can only count on 5 to 10 percent of the vote.

But apparently the Ljubljana sheriff has formulated a plan. If Požar’s writing is to be believed, Janković estimates that the result would be enough to keep a possible left-wing parliamentary majority in check since the left could not form a government without him. Janković would perhaps even try to forcefully obtain the position of prime minister or at least influence the composition of the government. 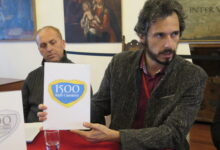 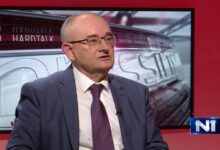 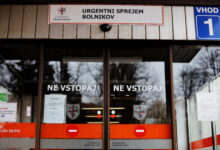 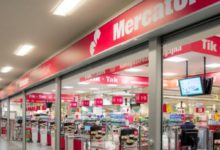