The letter from the employees at the NPU, which the media enthusiastically published, was in fact prepared by a single man with the help of three of his co-workers 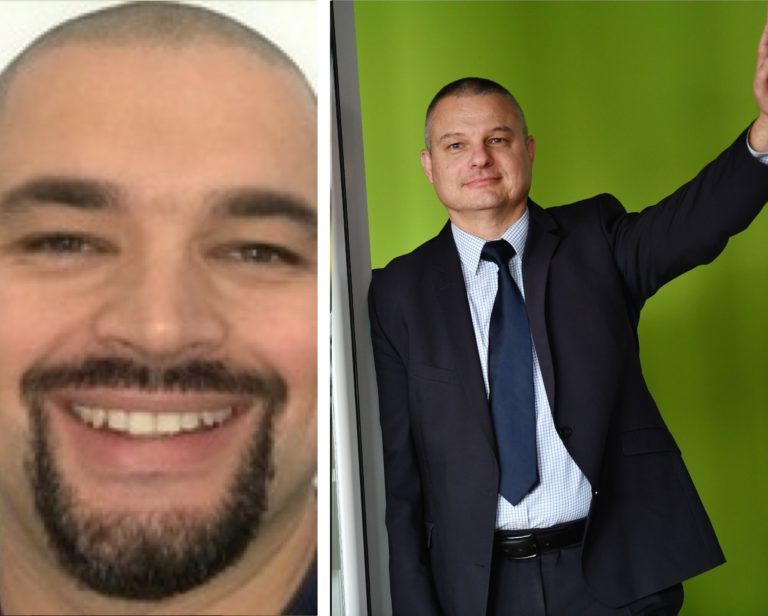 After the acting Director-General of the Police, Anton Travner, dismissed Darko Muženič from the position of Director of the National Bureau of Investigation (Nacionalni preiskovalni urad – hereinafter referred to as the NPU), the main Slovenian media outlets, led by the Slovenian Press Agency (STA), started writing about how the employees at the NPU defended Muženič with an anonymous letter of protest, claiming that as a Director-General, he was very professional and an expert in his work. It turns out that the media outlets were completely uncritical, as the letter was actually only a manipulation, created by one man. Sources from the NPU reveal that the initiator of the whole thing is actually Mitja Gregorc, who is currently investigating the matter of procurement of protective equipment.

The letter from the NPU employees is, in fact, just a manipulation, created by just one man, who was assisted by three of his co-workers. Tina Pahor allegedly sent the draft to Mitja Gregorc via e-mail. “Then they composed the letter. Then, Marko Košir joined in and helped. In the end, Tanja Čevriz lobbied the investigators and finished writing the whole thing. Gregorc then sent the letter to the media,” the source said, adding that most investigators are currently working from home, which means that they know nothing about the matter.

Detective Gregorc became known to the public during the times when he was a criminalist in the morning and a debt collector in the afternoon, without the consent of the General Police Administration. In the past, he allegedly also “made” alcoholic beverages. In 2010, the newspaper Finance revealed his afternoon activities in an article entitled In the morning, a detective; in the afternoon, a debt collector, for which he did not get the consent from the General Police Directorate (Generalna policijska uprava – GPU). “The General Police Directorate rejected Gregorc’s request for his tax advisor activities – he, therefore, sued the Police for ‘procedural errors’ because it did not allow him to express his will in the matter, but, as he told us, he lost the lawsuit.”

He has allegedly been assigned to the investigation of the procurement of masks and medical ventilators
On the last tender for the head of the NPU, Gregorc was a candidate but was not successful. According to reliable information, Muženič supposedly assigned the investigation of the procurement of masks and medical ventilators to Gregorc. Either way, the media did not look at the protest letter in a critical manner, but instead, presented it as the general truth. Which is not all that surprising, considering that POP TV let everyone know that they like Muženič, even though he, during the time of Pahor’s Government, between the years 2009 and 2011, failed in the position of Director-General of the Office for Money Laundering Prevention when the Iranian regime laundered nearly a billion euros through the state-run NLB, which was run by politics back then. Given that Muženič did not continue the prosecution as the Director of NPU, there is a suspicion that Muženič acted as an “extended hand” of the politics.

When Muženič was appointed Director-General of the NPU, many people wondered how it is even possible that one of the key figures in the #IranNLBgate is employed by the Police at all. Given that Šarec’s Government is responsible for his employment at the Police, it is not at all surprising that the former Prime Minister Marjan Šarec defended him, writing the following on Twitter, in protest of Muženič’s dismissal: “When the Government will wonder why there are more and more cyclists every week, they will actually be faking ignorance. They are replacing the Director of the NPU because they want to stop the investigation. The nation has helped them in the fight against the virus, but it will not help them cover up their crimes!”

Criticism of Muženič’s work
What the Prime Minister Janez Janša thinks of Muženič’s work, was revealed in the content of his Tweet: “70 investigators work at the NPU. Many of them are probably very capable and professional in their work. But because of political leadership, the results of their work are as follows: one billion euros laundered for the terrorists=0, one billion euros stolen from state banks=0, hundreds of millions stolen through supplying in healthcare=0.”

Regarding Muženič, the Minister of Foreign Affairs, Anže Logar, pointed out that when he was the Director of the Office for Money Laundering Prevention, he sent false information about the IranNLBgate as a response to the requests of foreign offices for the prevention of money laundering: “There is proof of everything in the documents of the report of the Parliamentary Commission of Inquiry, which was also sent to the NPU. I wonder who put him in charge of the NPU, with such a burden?”

The mainstream media undoubtedly acted extremely unprofessional in their reporting. The State Secretary for National Security, Žan Mahnič, pointed this out on Twitter, writing: “If I write a letter in support of the removal of the corrupt Muženič and I sign it as “The employees of the NPU” and then send it from a fake e-mail to all the editorial offices of the media outlets, do you think they will publish it? The letter in support of him, which was sent in the same manner yesterday, got published…” How can people even trust the media reports anymore?