The show Tarča (target) continues diminishing its own credibility. In the latest episode of the show, the makers invited Mojca Šimnic Šolinc on the show as an expert in the field of protective and medical equipment. They introduced her as the president of the Association of Manufacturers and Distributors of Medical Devices (Združenje proizvajalcev in distributerjev medicinske opreme SLO-MED), but forgot to mention the fact that she is the Director of Tosama, a company that failed to secure a million-euro deal with the country, for the procurement of protective masks. Moreover, Šimnic Šolinc apparently still holds a grudge towards the previous Janša’s Government, in which the then-Minister Radovan Žerjav proposed to the Government to cancel the approved aid for Tosama, as Tosama is “a typical example of irresponsible behaviour of the owners in the process of acquiring ownership shares.” Namely, before Janša’s second Government took over the power, Borut Pahor’s Government granted Tosama state aid for restructuring, in the amount of 1.48 million euros in non-repayable subsidies, while also providing a state guarantee for a long-term loan worth four million euros. In the following article, we are also revealing how Tosama is connected to the tax haven and how the then-owner Boštjan Nagode transferred a loan, worth more than 24 million euros to Tosama, with which he actually took over Tosama in the years of 2008 and 2009. Ever since then, the company has been operating at a loss and needed state aid. Nagode’s political godfather from behind the scenes is Uroš Jauševec, a member of the SD’s leadership team, who has become quite known for his aggressive political tweets and calls for cycling demonstrations, in recent weeks.

In this week’s rendition of the show Tarča, the show host Erika Žnidaršič announced that the largest suppliers of medical equipment would talk about margins, forged documents, and inappropriate goods. She acknowledged that Slovenia had tamed the coronavirus epidemic, “but the country’s successful confrontation with the COVID-19 epidemic remains in the shadow of unresolved business deals, related to medical and protective equipment.” Even Prime Minister Janez Janša assured that there were no irregularities. But this was not enough for the national television. They turned to Mojca Šimnic Šolinc, who was introduced as the president of the Association of Manufacturers and Distributors of Medical Devices and asked her to review the documentation on the purchasing of protective and medical equipment which they had received, in order to sully Janša’s Government and its fight with the coronavirus epidemic.

Šimnic Šolinc allegedly found several mistakes in the accompanying letter of the offer from Marko Bitenc, who offered the country three different types of masks. Moreover, she stated: “To the best of my knowledge, this type of mask does not yet exist, but it may be a novelty on the market. That is why it is very unlikely that this mask has already been certified in such a short amount of time.” She even commented on the box which contained the masks! According to her, even the document itself is questionable. It is interesting how, for the needs of national television, the purpose of which is to attack Janša’s Government, even the economists can suddenly become experts on the law. On the show, Šimnic Šolinc even claimed that one of the documents was supposedly forged.

However, journalist Nataša Markovič forgot to mention an important fact: Mojca Šimnic Šolinc is the director of the company Tosama. This also explains why they attacked the Health Minister Tomaž Gantar on the show, claiming that he was not worried about the inadequate suppliers and inadequate protective equipment. Markovič also asked him: “How would you assess the fact that all the main suppliers of protective medical equipment who work in this country did not get to secure a business deal with the country?” The question obviously refers to Mojca Šimnic Šolinc and her company Tosama – a company that did not manage to secure the deal of procuring protective equipment, as their masks would only have been delivered in August! Considering that the epidemic in Slovenia officially ended on May 15th, the masks would have been of no use to us in August. The discrediting of Janša’s Government with the arguments related to the controversial procurement of medical and protective equipment then continued on the show.

According to a statement from the Ministry of Economic Development and Technology which was published on Tosama’s website, the production of surgical masks is not relevant for them: “The deadline for the delivery of the machine is four to five weeks, and the appropriate material for the production of masks could not have been obtained until August. The fact is that both delivery times are too long for us to consider this a realistic solution for the current lack of protective masks.” Without any state aid, Tosama was not able to make the investment on its own.

Tosama had already received a significant amount of state aid in the past. In February 2012, state aid for the restructuring was approved by the Government of Borut Pahor at one of its last sessions. It amounted to as much as 1.48 million euros in non-reimbursable subsidies (including funds for the preservation of 400 jobs) and a state guarantee for a long-term loan worth four million euros, Finance wrote. The new Minister of the Economy at the time, Radovan Žerjav, then proposed to the new Government, which was led by Janez Janša, to cancel the approved aid because Tosama is “a typical example of irresponsible behaviour of the owners in the process of acquiring ownership shares.” The former owner of Tosama, Boštjan Nagode (through the company Sana investicije – Sana investments), transferred a loan worth more than 24 million euros to Tosama, with which he took over the ownership of Tosama in the years 2008 and 2009, which is why it was operating at a loss at the time, and therefore, needed state aid, Finance wrote.

The management of the company, which included Mojca Šimnic Šolinc, then wrote a letter to Janša’s Government, in which they basically threatened that the Government would be the one liable for damages to the factory if it would cancel the allocation of 1.48 million euros of state funds. As Delo wrote, Nagode exhausted Tosama’s funds and then opened two companies in the British Virgin Islands tax haven. The fact that Nagode founded the company in a tax haven a year after he took over the Tosama sanitary material factory, and soon after, began to exhaust its funds, is not something to be overlooked. Delo also wrote that Nagode’s businesses, the takeover of Tosama and the allegedly controversial businesses in MKT Print, were later being investigated by criminal investigators, who also filed several criminal charges, and the prosecution filed an indictment on MKT Print on suspicion of abuse of office and damaging of the creditors.

In April of this year, Nagode was sentenced to three years in prison for economic crimes. If the verdict is confirmed in the higher court, this will be the biggest victory of the prosecutor’s office, courts, and other state bodies against an entrepreneur who transferred his assets to his relatives and a company in a tax haven, and then ended up declaring personal bankruptcy, wrote the web portal Necenzurirano. Meanwhile, the web portal Pozareport added that the people who are more familiar with the situation, know very well who the behind-the-scenes political godfather of Boštjan Nagode is, and who also covered Nagode politically – it is Uroš Jauševec, the former General Secretary of the SD party, who is now a member of the SD leadership. In recent weeks, he has become quite known for his aggressive political tweets and calls for cycling demonstrations. And it seems that Mojca Šimnic Šolinc is also excited about the demonstrations. Namely, she shared a post on a social network, in which she made it clear that she applauds the protesters – cyclists.

In addition, Mojca Šimnic Šolinc’s partner is Hinko Šolinc, who was appointed as the member of the supervisory board of SODA on September 5th, 2019, by Marjan Šarec’s Government. In the show Tarča, they conveniently forgot to mention this fact as well. But not only that, on March 28th, 2019, Šarec’s Government also appointed Šolinc to the position of Director-General of the Energy Directorate at the Ministry of

Infrastructure, for a period of five years, with the possibility of reappointment on April 1st, 2019. On the same day, so on March 28th, 2019, the then-Government also confirmed the decision that on April 1st, the government representative of the Fund for Financing the Decommissioning of the Krško Nuclear Power Plant and the disposal of radioactive waste from the same power plant would become – Hinko Šolinc! Therefore, Šarec’s Government had appointed the husband of the director of Tosama, who is apparently trying to get her “revenge” on Janša’s Government on national television because she did not score the business deal, to as many as three very important positions. But none of this was mentioned in Tarča, and thus, the makers one again missed the opportunity to try and seem credible.

Peter Jančič, a journalist with many years of experience and editor-in-chief of the Siol.net web portal, is convinced that the disclosure of such important information about Mojca Šimnic Šolinc – that not only is she the president of the Association, but also the director of Tosama, would only increase the credibility of the show Tarča. “How hard is it to say that the doctor worked on the election program for LMŠ or that the certificate assessor is the director of Tosama… It would only increase the credibility of the show. Is this not public television, which is supposed to be professional and versatile? Why are they diminishing their own credibility?” he wondered on Twitter. Political analyst Sebastjan Jeretič obviously agreed with Jančič’s opinion, asking Tarča: “Did you really deliberately not mention the fact that the lady who is commenting on the certificates is the director of Tosama, the company which did not get the business deal?”

Political analyst Miloš Čirič is also convinced that Erika Žnidaršič made a big mistake by not revealing that Monca Pimnic Šolinc is the director of Tosama. “That should have been said,” he wrote on Twitter. He also pointed out that it was only at the end of the discussion with Joc Pečečnik, when she mentioned the most important thing, namely, that the European Commission changed the conditions of the Recommendation on conformity assessment and market surveillance procedures within the context of the COVID-19 threat on March 13th. “Before that first mention of the change, she constantly spoke of the matter as if this had never happened,” Čirič pointed out. 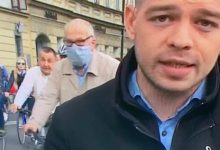 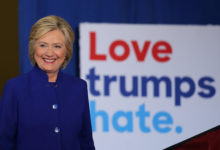 Demokrati so lagali in zavajali javnost 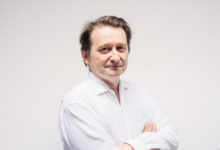