Media persecution of Zlatko Zahović: making a mountain out of a molehill

The story, as it has been presented to the public, is that the now already suspended director of football at NK Maribor, Zlatko Zahović, went too far during the press conference after the 0:2 defeat of NK Maribor to NK Krško. This is far from the truth. The media vultures have made a mountain out of a molehill and in their typical hypocrisy started a senseless media lynching. One reason for this is also to conceal the historical testimony of Zoran Janković before the parliamentary commission of inquiry to determine the abuses in the Slovenian banking system, where the Ljubljana mayor at times completely lost his head and where Logar pointed out several facts that exposed lies connected with Janković and his managerial skills.

Zahović was justifiably angry with the Ekipa SN journalist Dejan Mitrović. Journalists are protecting Mitrović and trying to portray him as a victim. They want to create the impression that Zahović verbally attacked him just because of an “innocent” question about the number of spectators, which is why Zahović allegedly started threatening him. It is time for people to pull their heads out of the sand and take a good look at the recording of the press conference.

The question Mitrović asked Zahović was: “How disappointed are you with the attendance?” (the relevant part of the video starts at 10:20) With reason and absolutely correctly, Zahović recognised the question as a dirty provocation. It was also not the first such question from this journalist. The question already contains the answer. It is like asking someone whether he has stopped beating his wife even though he has never laid a hand on her. Such an individual would be perfectly justified in venting his anger on you for such a stupid question. After all, it is impossible to answer such a question. If you answer in the affirmative, you admit that you used to beat your wife, if you answer in the negative, you admit that you are still beating her.

For days, Mitrović has been going from one newspaper to another and from one web portal to another, playing a victim and trying to paint the image of an innocent journalist who is only doing his job.

At this point, Mitrović became defensive and asked with a half-offended voice: “How was I provoking?” Zahović did not let himself be distracted. “I know you’re from Ekipa, just don’t provoke,” he responded. “Slow down, son. You’ve got enough time.” At this point, Zahović mentioned the death of the journalist’s father. He did not do this out of malice but only to demonstrate what he wanted to say. In any case, you can watch the press conference yourself and decide whether Zahović went too far or whether Mitrović and the other media vultures are making a mountain out of a molehill.

The statement of the Krško coach Alen Šćulac is telling as well – immediately after this question, he said: “I don’t want to answer questions like the one asked by this gentleman,” he said pointing to the Ekipa SN journalist, “because they don’t belong on a press conference.” (at 11:25 of the video) Mitrović disregarded this and instead stubbornly and provocatively insisted: “Why don’t they belong on a press conference?” Šćulac understood that it was a provocation and just replied: “Nothing, it’s fine.” Ignoring Mitrović’s constant protests, he devoted his attention to the rest of the gathered journalists: “Anyone else have a question?”

Zahović apologised immediately and expressed his condolences
Later, Zahović returned to the answer (at 16:45 of the video) that he had given to Mitrović in order to better explain what he wanted to say. All he wanted to say was that the match could not have been salvaged in any way. “Sometimes things happen to you, and you’re not to blame for any of it … This has been happening to us today.” At this point, Zahović also apologised for using the journalist’s personal loss as an analogy and expressed his condolences, but this only upset Mitrović even more.

The media persecution that has arisen from this is simply ridiculous. Zahović’s statements are taken out of context, and the journalist’s question is often rephrased or just provided in writing to create the impression that Zahović is to blame for everything. The fact of the matter is that Zahović could have simply said “Next question, please”, and that would have been that. But it is also a fact that a journalist who goes too far can expect to get the same in return. Everything that the press has been writing about Zahović’s disrespect, provocativeness and rudeness these days only reflects their own way of work. These regime parasites would nail Jesus to the cross a second time while washing their hands like Pilate.

Which journalists in Slovenia are truly threatened
With all this journalistic shrieking about alleged “threats”, the independent journalist Bojan Požar from “Lista novinarja Bojana Požarja” commented on Facebook: “You know, if there’s anyone in the country who knows something about threats to journalists, it’s me. I’ve gone through a lot of that, through all sorts of threats. Because of my journalistic persistence and unpredictability, I’ve also made many enemies and aroused resentment. I’ve never been protected by tycoons as I’ve never worked for them or by politicians as I’ve always reported on everyone. But my readers and now also television viewers have been on my side. That is my protection.” 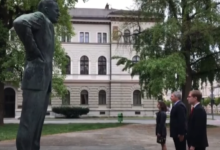 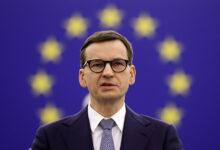 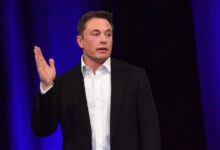