Richest farmer in Slovenia Golobič is worth several million euros

Gregor Golobič, the former leading politician of two failed political parties, LDS and Zares, is no longer a sole trader and has (at least formally) completely left Slovenia as far as his business is concerned. The interesting fact is that he stopped operating as a sole trader on 31 July, and at the beginning of the same month, he had received an invitation to a hearing or confrontation with Slovenian president Borut Pahor before the Commission of Inquiry investigating the Unit 6 project at the Šoštanj Thermal Power Plant. As members of the government at the time, both Pahor and Golobič had shown the greatest possible indifference towards the most expensive corrupt project and scandal in the history of Slovenia, but due to the strong left-wing support, this is unlikely to ever see a conclusion in court. Požareport has learned through its sources that Golobič allegedly has property worth several million euros, and all of it is safely stored abroad.

At the confrontation with Slovenian president Borut Pahor before the Commission of Inquiry investigating the Unit 6 project, Golobič publicly admitted that “the elite steals, and most of the media or journalists are – unfortunately – paid off”. According to the Požareport portal, Golobič had worked for the companies Margento and Imovation, which had emerged from the famous Ultra company, particularly in Saudi Arabia and Iran, and allegedly he had also been a lobbyist for the American corporation Westinghouse with regards to a potential “nuclear power plant 2” project in Krško.

Given the incredible amounts that made up his revenue, we can conclude that Golobič did not stop being a sole trader due to a “lack” of revenue or money but due to other reasons. It is evident from the court register that Golobič had earned a revenue of more than €72,000 and a profit of around €38,000 through “business consulting” in three years as a sole trader (facsimile).

Golobič is allegedly worth several million euros
Interestingly, Golobič’s financial flow as a sole trader was rounded off curiously each year, and according to estimates from some sources, most of his money is located abroad, far away from the Slovenian public. According to some sources, Golobič is worth “several million euros”. The registered office of Golobič’s sole proprietorship was situated on the Slovenian coast in Seča, where he “cultivated olives on his farm”. Therefore, it is not surprising that former deputy Franc Pukšič has called him the richest Slovenian farmer.

Unsuccessful attempt at political rehabilitation
In 2011, Gregor Golobič also stood as a candidate at the parliamentary election, and his party Zares only got 0.65 percent of the vote. In this election, Gregor Golobič stood as a deputy candidate in Novo Mesto and received only 102 votes. But Golobič found a different way to make life difficult for Slovenian citizens; he is still considered a very influential puppet master in the background, particularly through his people in Cerar’s government, administration, and numerous state-owned companies. After Friday’s hearing in the National Assembly of Slovenia, Golobič’s supporters (there are only a few, but they still exist) hoped that Borut Pahor would be forced to step down from his presidential candidacy since Golobič supposedly “demolished” Pahor, calling him a liar about five times. But of course, nothing has come of this, and so Golobič’s attempt at a political rehabilitation has failed again. 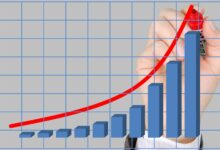 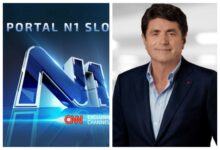 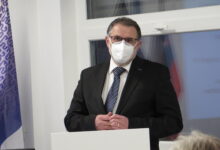