“Hand in hand – Jenull and Katarina Matejčič from POP TV, while discussing the script #collaboration,” is just one of the many Twitter comments on the video of journalist Katarina Matejčič negotiating with the unofficial leader of the protests, Jaša Jenull, about the scenario of presenting this Friday’s protests. The collaboration of the left-wing central media outlets and politics is thus more than obvious.

Does anyone else dare claim that the central Slovenian media and the political opposition, whose interests are being presented by its unofficial representative Jaša Jenull at the Friday’s rallies, do not collaborate? If anyone still believes that, there are probably only three options: either they are not very smart, are ignorant, or are deliberately misleading. In the photo, we can see POP TV journalist Katarina Matejčič and Jaša Jenull, who are diligently working together to create the scenario of the political cycling event.

A short recording of the collaboration between the already mentioned “unofficial” representatives of the authorities, so the politics and the media, was also published on Twitter. Even though there is a lot of noise also recorded, we could still make out a few words of their conversation. From the short clip, we found out where and when the POP TV journalist was supposed to wait for the protesters so that Jaša would like it. At the same time, it is evident that Jenull is clearly suggesting to the journalist how she should act, and she helpfully listens to his instructions, checks to see if she understood his instructions correctly, and behaves like some court footman of the red bourgeoisie.

In recent weeks, we were unable to overlook the multitude of clues that clearly show that the transitional left is fighting with all its powers, to maintain its privileges and influences in the mainstream media, especially at the national media outlet, RTV Slovenija, which will likely lose the mandatory monthly contributions. The representative of the far left, Violeta Tomić, recently lost her temper when discussing the matter: “You have exceeded your powers. Please do not discuss, do not polemicize about something we have already determined. Please, the topic is public RTV. Who we invite is none of your business,” Tomić, chairwoman of the Culture Committee in the National Assembly, who is fond of communist totalitarian systems, such as Venezuela’s, said to Igor Pirkovič, a representative of the Association of Journalists and Commentators of Slovenia.

The highlight of the session was Tomić’s 30-minute speech when she attacked Nova Slovenija’s MP Tadeja Šuštar because she is young; accused SDS deputies of legal ownership in the media, and defended the “independent” fortress of RTV Slovenija, which is actually in the hands of former regime lobbies. 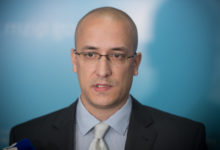 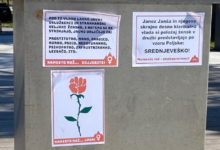 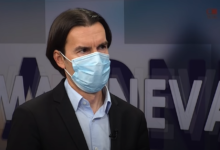