[Exclusive] The prestigious Oxford gave Janša’s Government 100 out of 100 points for the measures against the coronavirus! 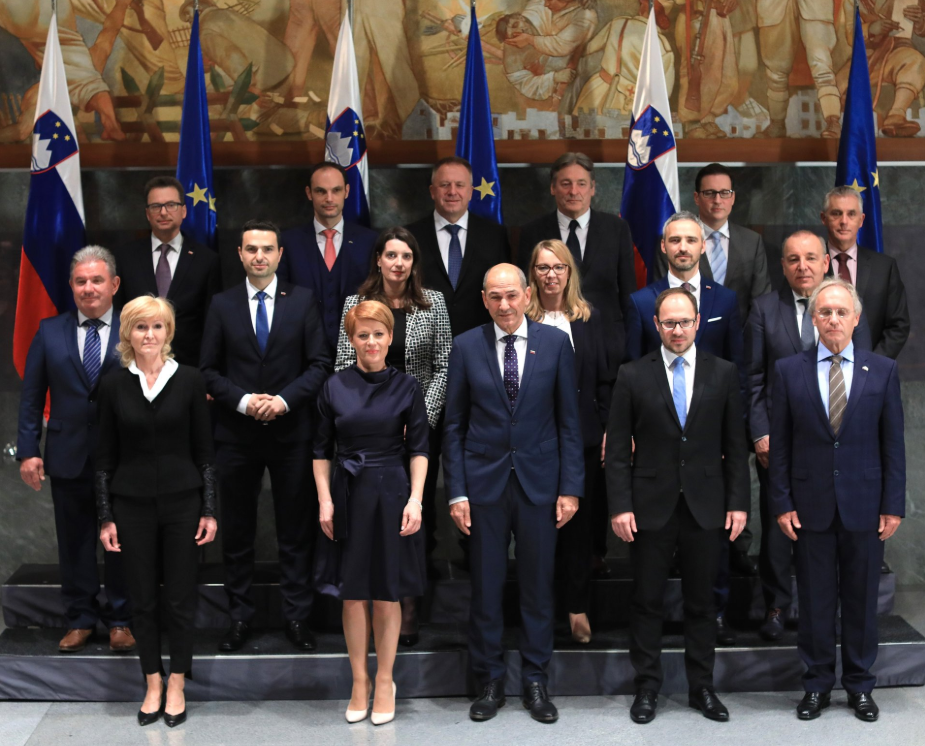 The prestigious British University of Oxford has been systematically monitoring governments’ measures for limiting the spread of the novel coronavirus infections and created a Stringency Index, based on 13 different indicators. Slovenia got the highest possible score, placing it side by side with countries, such as New Zealand, Israel and Croatia. As shown by the data, most of the countries are increasing the severity of their measures as the numbers of infected people rise, but there are big differences in their responsiveness.

Systematic monitoring of information on the type of action and the time when the action is taken can help Governments and professionals plan for further action. Therefore, the prestigious British University of Oxford has established The Oxford COVID-19 Government Response Tracker (OxCGRT), which systematically collects information on various government policies for the stated purposes, aggregating the data into a Stringency Index.

Slovenia has reached the maximum amount of points in the Stringency Index
The value of the Stringency Index for Slovenia is the highest possible. New Zealand, Israel and Croatia, for example, also received an index value of 100. The measures are much less severe in Sweden, where the virus is spreading rapidly, and Nicaragua is completely ignoring the epidemic.

Countries are increasing the severity of their measures as the numbers of infected people rise, but there are big differences in their responsiveness
As can be seen from the level of responsiveness of individual countries, most countries have increased the severity of their measures as the number of infected people increased, but countries differ in the speed of their response. For example, the UK had only adopted stricter measures after thousands of cases of infection were confirmed, while South Korea, often cited as an example of good practice, had taken action sooner. 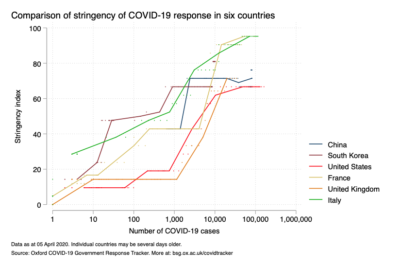 The Stringency Index is based on thirteen indicators of government response
In designing the Stringency Index, thirteen indicators of government response were assigned value points. The indicators are: closing schools, closing workplaces, banning public events, halting all public transport, public information campaigns, restrictions on the movement inside the country, restricting international travel, fiscal measures, monetary measures, emergency investments in the healthcare system, investments in vaccine development, population testing policies and tracking of contacts of those infected. 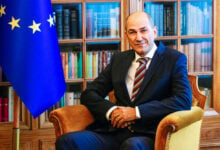 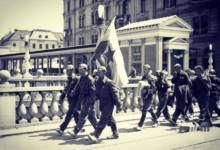 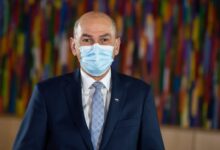 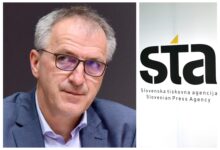