The first documents supposedly received by the Office for Money Laundering Prevention of the Republic of Slovenia (Office) with regard to the suspicion of money laundering at NLB date back to 5 October 2010. As we have reported on numerous occasions, the timeframe of the money laundering at NLB spanned from 12 December 2008 to 23 December 2010, and resulted in nearly a billion dollars’ worth of laundered money. Facilitated by NLB, the money was transferred from an Iranian bank to more than 9,000 bank accounts all over the world owned by various companies.

Let us first point out that the Office for Money Laundering Prevention of the Republic of Slovenia is governed by the Ministry of Finance, and that the Minister of Finance at the time of money laundering at NLB was Franci Križanič. His Cabinet employed two former members of the Administration of State Security (Udba), namely Drago Islajović and Tomislav Malnarič.

Andrej Plausteiner secretly still the head of the Office
By specifying this date, the Office apparently want to dodge their responsibility, in the sense that they had only learned about the dirty business two months prior to the Bank of Slovenia prohibiting NLB from doing business with the Iranians. That, however, is not true because there is information stating that NLB notified the Office about the money laundering as early as 2009. It is possible, though, that these documents have disappeared into thin air or have been destroyed.

Even if NLB only notified the office by means of a phone call, official notes should be taken in such cases; it wasn’t the doorman who was notified about the money laundering, it was the CEO. Further investigations will reveal both the truth and the responsible party. The current Head of the Office is Darko Muženič, but in the period when the money laundering took place, that position was headed by Andrej Plausteiner who still works at the Office to this day. Our sources reveal that he supposedly still secretly heads the Office.

Most probably, documents didn’t only go missing at the Office but not everything can be hidden, concealed, or destroyed – the transfers to foreign bank accounts have left behind traces. In addition to that, foreign institutions started looking into the matter prior to the date which the Office states is the date they were first notified of the money laundering going on at NLB.

German Interpol investigating Ira Farrokhzadeh as early as 2006
The German Interpol started investigating Iranian Ira Farrokhzadeh as early as 2006. Slovenia, as well, is a member of the international police organization and, consequently, Slovenian detectives should have been familiar with this inquiry. On 14 October 2010, the Office notified the criminal police force about the suspicion of money laundering at NLB. At least then, the police should have checked Interpol’s information.

Reliable police sources state that Farrokhzadeh was assisted by an Honorary Consul of some foreign country in Slovenia who just so happens to be too close to Milan Kučan for any investigation to take place. Foreign offices for the prevention of money laundering were still interested in the matter as late as 2014, which was three years after the operation had already concluded, since the proportions of the laundering were so alarming that even the competent institutions in bigger countries could not fathom how this could have happened. 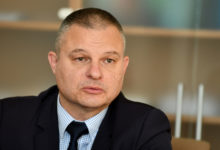 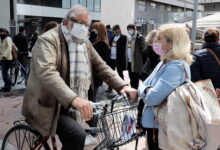 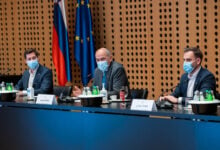 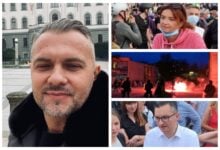