The Government believes that the request to examine the constitutional compliance of the lockdown measures is unfounded! 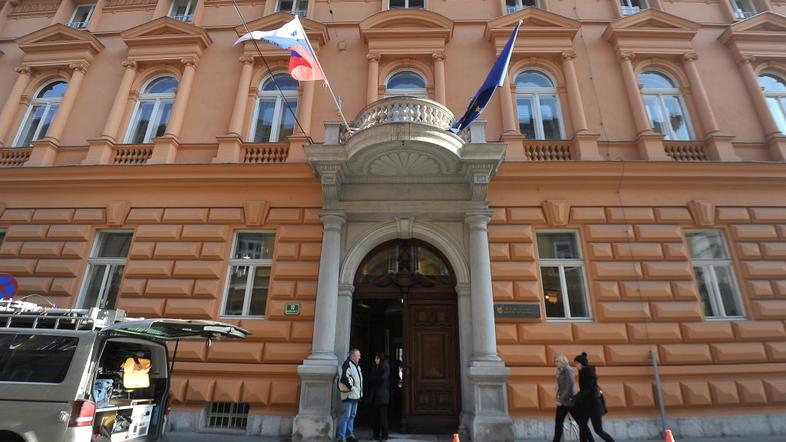 On Wednesday’s correspondence session, the Government adopted a response to the Constitutional Court in the matter of the request to examine the constitutional compliance of the temporary prohibition of movement and gathering of people in public places and areas and the restriction of movement outside the municipalities of temporary or permanent residence. The Government believes that the request is unfounded, so they propose that the Constitutional Court rejects it.

The ordinance protects both public health, as well as the life and health of the anonymous initiator of the constitutional examination, the Government pointed out. By delaying the implementation of the ordinance, unrestricted contact among the people would be enabled again, such as public gatherings, sports and other mass events, gatherings, and socializing in public places and the like. This would cause the spread of the infectious disease and possibly its exponential growth, which would have irreparable consequences for public health, especially for those who would lose their loved ones as a result of the illness, states the opinion for the Constitutional Court that the Government had received today, as reported by the Slovenian Press Agency.

Among other things, it was also pointed out in the opinion, that without the measure of restriction of movement to the municipality of residence, the new coronavirus would have spread uncontrollably, which would undoubtedly lead to the healthcare system reaching its full capacity, which would then result in many deaths. “The measures were implemented in order to prevent a situation in which the existence of our nation could actually be endangered.”

In protecting public health, the measures of the decree also fulfill the aspect of respect for human dignity and the related right to healthcare
“The measure was necessary, as the infection was spreading rapidly, and it was also proportionate since it was not a complete ban on the movement of all individuals, but justified exceptions are allowed,” they emphasized in the opinion.

“It should also be pointed out that in protecting public health, the measures in the decree also fulfill the aspect of respect for human dignity and the related rights to healthcare. Because of a steady increase in the number of infections and the associated manageable number of intensive care patients, the healthcare system that would have otherwise collapsed by now, continues to operate,” they emphasized.

Among other things, they also pointed out the fact that the Constitution explicitly lists prevention and protection against the spread of infectious diseases among the goals that make it permissible by law to restrict human rights to freedom of assembly and association, and freedom of movement. The Communicable Diseases Act explicitly states that in the case of weighing between the constitutionally protected values of the life and health of the population and the freedom of movement and association of individuals, the protection of the life and health of the population shall take precedence.

The initiator of the constitutional review is hiding behind anonymity
They also stressed that the ordinance contains several exceptions, such as the pursuit of economic, agricultural and forestry activities, the elimination of an imminent threat to health, life and property, the protection and assistance of persons in need of support, or the care of family members. The Constitutional Court will consider the request to start the examination of constitutional compliance for a government decree on Thursday. The name of the initiator of the constitutional review has not yet been disclosed by the court, STA reports.